The Life and History

Seaforde Demesne has been home to the Forde family for almost 400 years. The name ‘Seaforde’ dates from the early 18th century and combines the family name ‘Forde’ with the old English/French word ‘See’, meaning ‘seat of’. ‘Demesne’ is an old Norman French word meaning ‘belonging to the lord of the manor’ and refers to lands immediately surrounding a manor house, retained directly for the use and enjoyment of that house and its occupants.

Throughout the centuries, Seaforde’s buildings, parkland, farmland, woods and gardens have evolved and adapted in shape, size and purpose as each successive generation leaves it mark. With some original features standing the test of time, and others being lost to history, there is no better example of this betrothal of old and new than the arboretums, formal gardens and tropical butterfly–house. 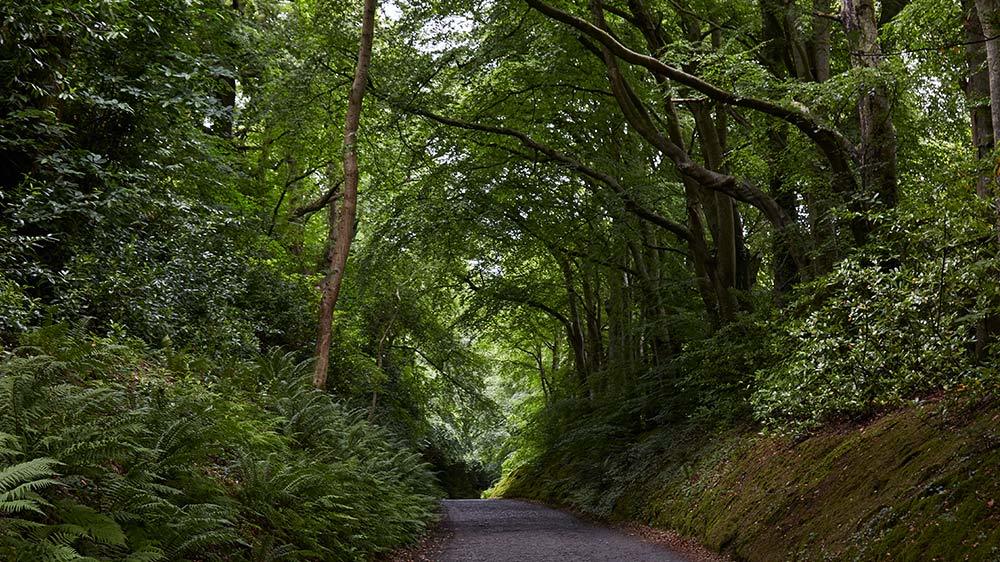 The Forde family originate from County Meath and claim descent from the Norman-Irish family de la Forde who settled in Fordeston (now Fordstown) in Meath around the 13th century.

The Demesne lands were acquired by the family from 1615 to 1628, when Mathew Forde (c 1590-1652) of Meath and Dublin purchased over twenty thousand acres of the Barony of Kinelarty, known as the Manor of Teconnaught, from Thomas Cromwell, 1st Viscount Lecale, for the then considerable sum of £8,000. In 1614 Mathew married Eleanor MacArtan, a niece of the Irish Chieftain Phelim MacArtan, who, in 1605, had sold some of his Kinelarty lands to Thomas Cromwell’s father, Edward, 3rd Baron Cromwell. Edward Cromwell was a great-grandson of the famous Tudor statesman, Thomas Cromwell, the chief minister to King Henry VIII. 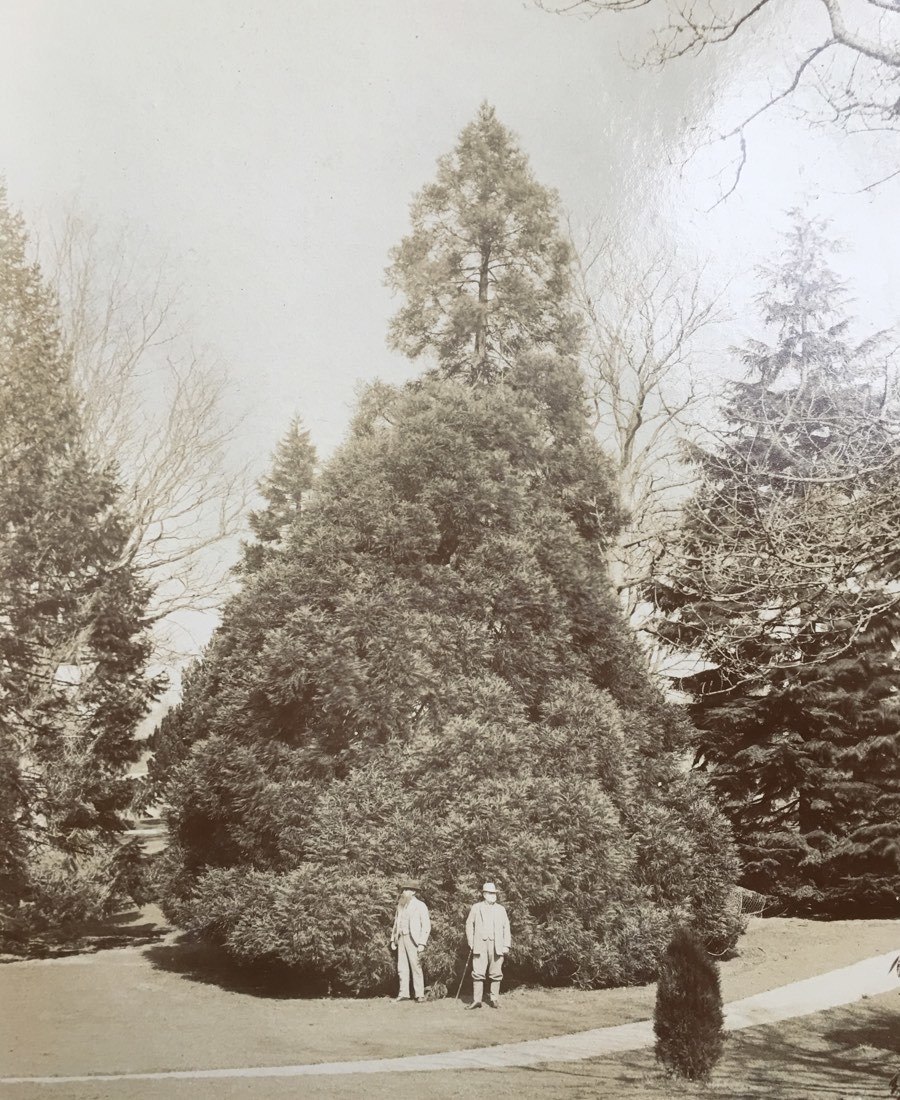 During the 1600’s and the early 1700’s the Forde family lived primarily in Dublin and on their other estate in Coolgreany, Wexford. It wasn’t until about 1750 that the family turned their attention to transforming Seaforde into the ‘landscaped’ demesne that we see today.

In 1744 Seaforde had been described by one of the Fordes' neighbours and friend, Mary Delaney, as being ‘a very pleasant place and capable of being made a very fine one; there is more wood than is common in this country and a fine lake of water with very pretty meadows’. 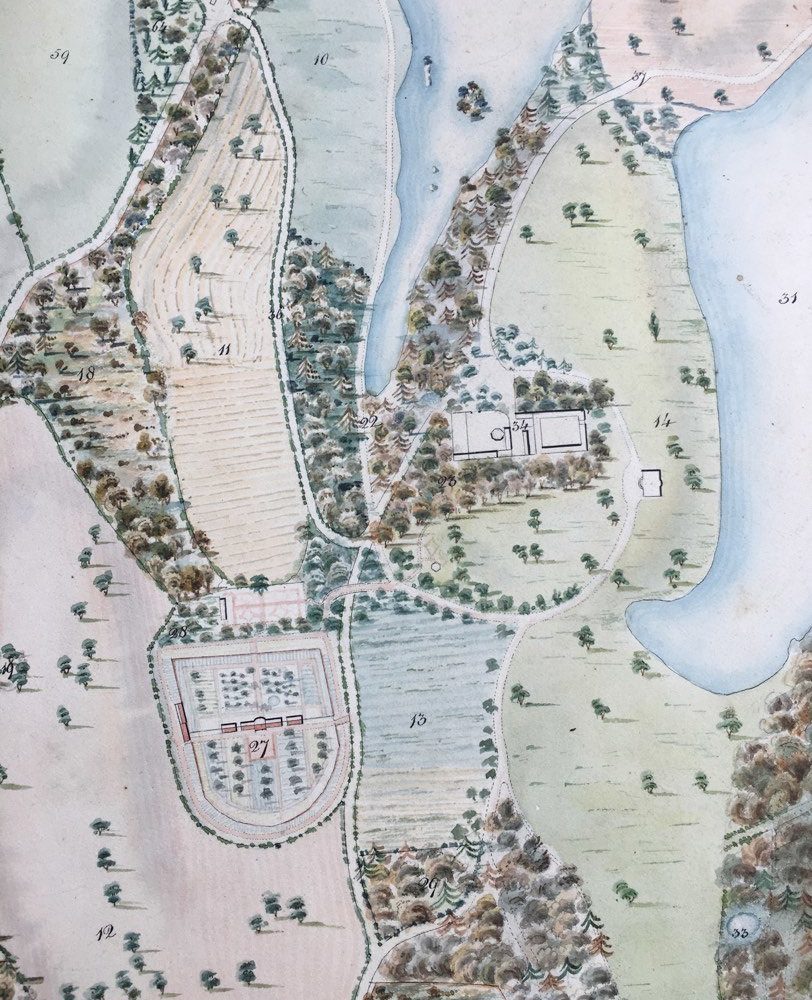 From 1750 onwards, following his marriage to Elizabeth Knox, sister of 1st Viscount Northland, the then Mathew Forde MP (1726 - 1795) rose to the challenge of making improvements to the demesne by laying out the parkland in the fashionable ‘English landscape’ style. He replanted enlarged woods and belts of beech, oak, lime, and fir, to accentuate the setting of the house, which was set between two picturesque lakes against the backdrop of the Mourne Mountains. It was during this period that the walled garden at Seaforde probably came into being given that it makes its first appearance in an estate map of 1750. 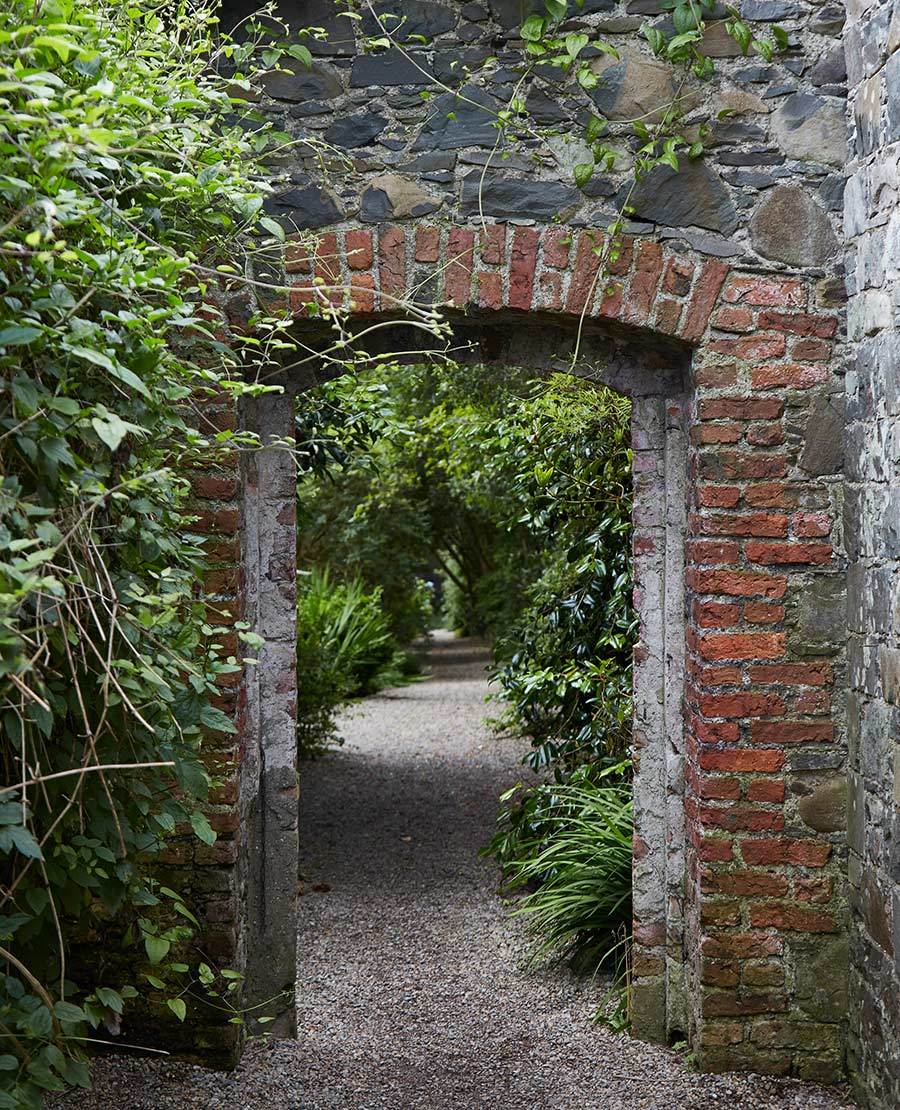 The 5-acre walled garden, which today contains the tropical butterfly-house and maze garden, is comprised of two halves. The northern half, where the butterfly-house and café are located, was originally the kitchen garden for the main house, as evidenced by the massive curved northern side to maximize the exposure to sunlight and radiated heat.

The southern half of the walled garden, which is now the maze garden, was formally an expansive ornamental garden. Photographs from the 1860’s suggest a high-Victorian ornamental style with bold axial paths, Italianate urns and formal beds. 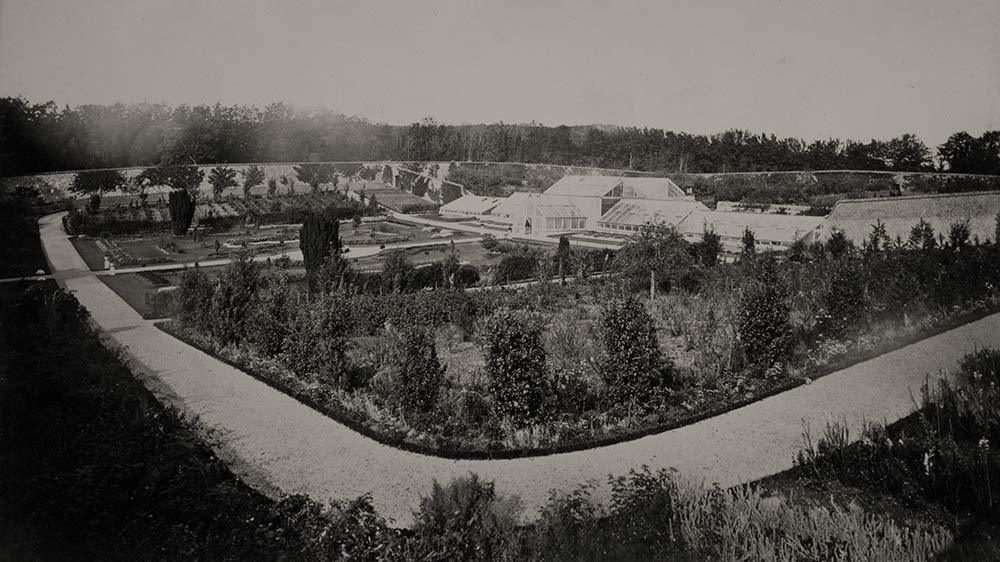 On the south facing wall (which divides the two halves) there once stood a long facade of glasshouses. Maps of 1815 show these glasshouses, along the central section which no doubt contributed to Seaforde’s head gardener in 1833 receiving 1st, 2nd and 3rd prizes for ‘best Pine’ (pineapple), and 1st prize for melons at the 1833 Belfast Horticultural Show. Today these glass houses have completely gone. By the 1950’s these labour-intensive gardens had been abandoned and fallen into dereliction. It wasn’t until the 1970’s, under the stewardship of Patrick and Lady Anthea Forde, that the walled garden area enjoyed a resurrection and reinvention with a new garden layout, with the maze as the centerpiece, to become the Maze Garden that you see today. 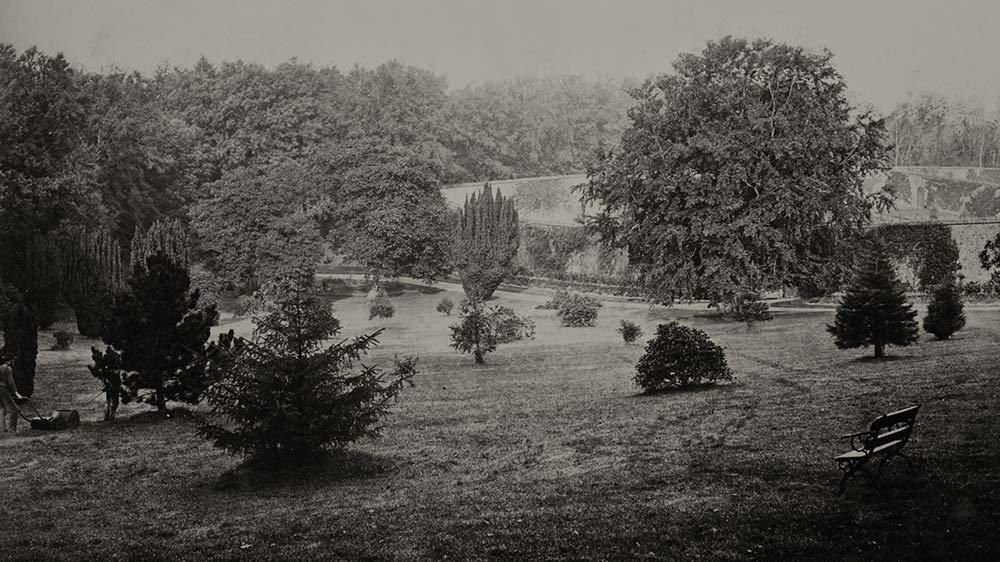 A photograph of the Pheasantry taken around 1860 shows a number of young conifer specimens in cultivation, with gardeners carefully cutting the grass, with what appears to be an early hand-pulled lawnmower. This photograph gives us a fascinating insight into how the Pheasantry looked as the Victorian arboretum began to take shape. 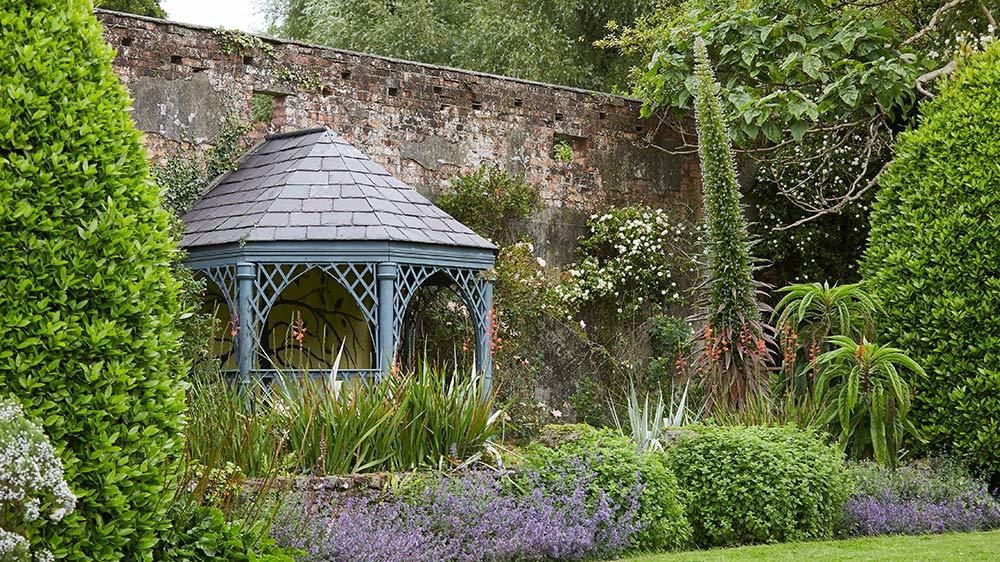 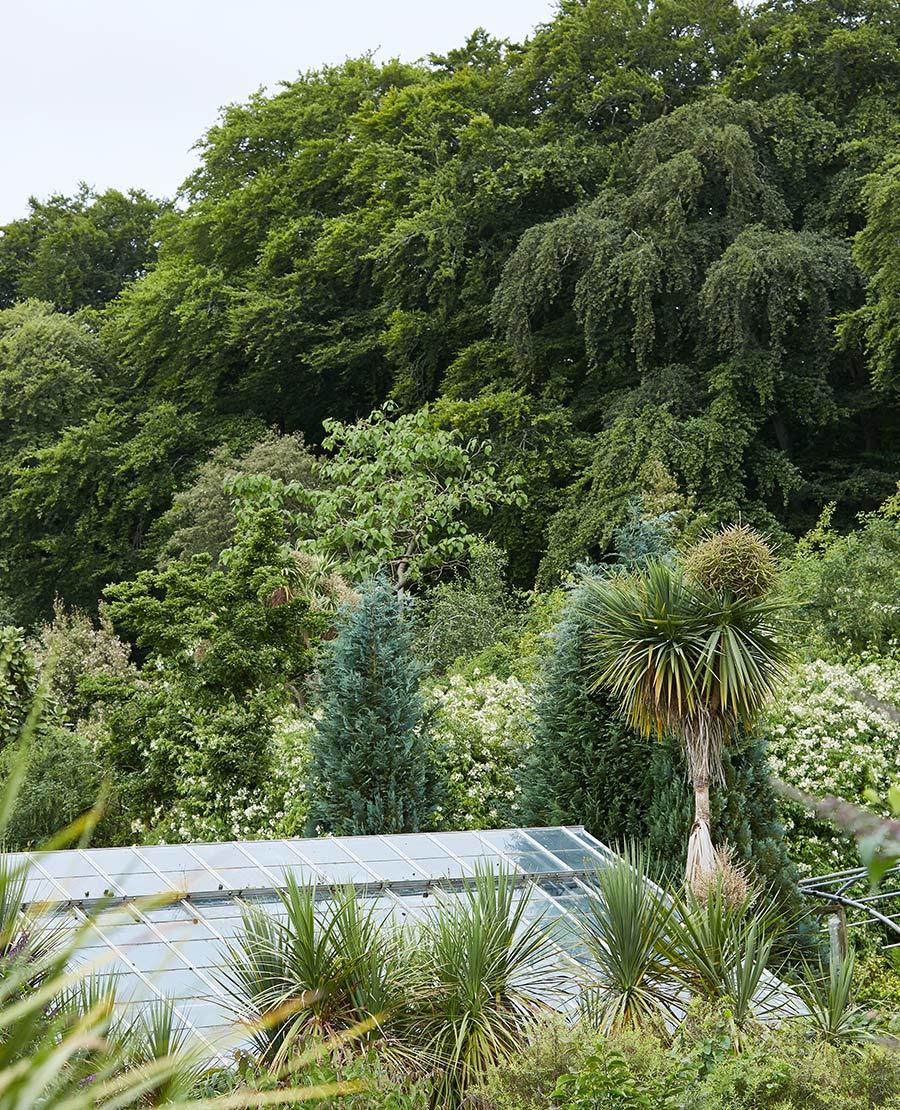 Whether you’re an expert or a novice, Seaforde Gardens are the perfect setting for budding photographers. Enjoy cosying up to the butterflies, zooming in to the gardens and marvelling at the peacocks and we’ll delight in featuring your beautiful shots.

Cryptomeria japonica in the Pheasantry Garden at ...

And this is why we wear sunglasses 😌

Not back with my flock yet, but still can’t ...

Went for the butterflies but loved the peacocks, ...

First stop on our wee trip away. The most ...

Blue skies over the maze at Seaforde Gardens - ...

Hidden paths in the maze garden weaving under ...

Get lost in the gardens - the maze at Seaforde ...

Cute June days when the sun was shining ...